You are here: Latest news / Design for new council offices at Crowmarsh Gifford with a sustainable future at its core go on display at an interactive exhibition for the public. 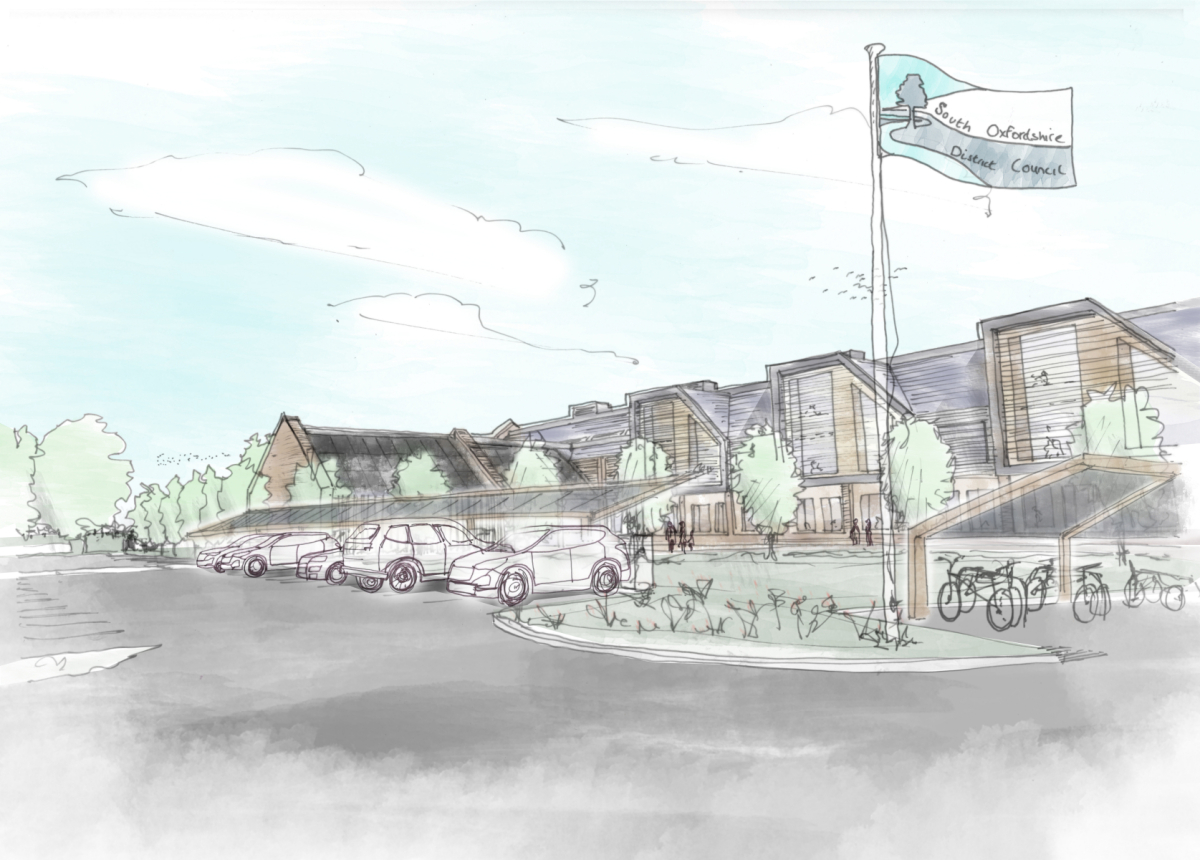 Design for new council offices at Crowmarsh Gifford with a sustainable future at its core go on display at an interactive exhibition for the public.

South Oxfordshire District Council’s plans to move back to their site in Crowmarsh Gifford have moved a step closer after the fire that destroyed its former headquarters.

On Thursday 13 February, South Oxfordshire and Vale of White Horse residents, staff and councillors are all invited to an exhibition and feedback day where they can see the exciting design for the new building and to hear how their previous feedback has helped to inform its specifications.

Everyone attending the event will have an opportunity to comment on the building design and have a chance to give their thoughts on a shortlist of names for the new headquarters, which were suggested by staff and councillors.

Councillor Andrea Powell, the Cabinet member on this project says “We listened to the comments from the public, our neighbours in Crowmarsh Gifford, staff and councillors when we asked what they wanted from the new offices last year. We hope that much of that feedback is reflected in the design ideas that they will see at our event. It is important to us as a council that central to this new building is sustainability and a green, clean way of working. This is about investing sensibly now to reduce our future impact on the environment.”

The council has committed to building a headquarters with a sustainable future at its core. This was at the heart of the design brief provided to Ridge, the council’s design and project management contractor to deliver the new building. Ridge’s priority has been to make the very fabric of the building sustainable – working to the principle that if you build with the right sustainable materials, the building’s energy consumption is significantly reduced.

The council has had to balance the need for an exemplary sustainable building with its responsibilities to providing best value with public money.  Over the course of the design and build phase of the project, the council intends to publish details of the decisions made around sustainability elements of the building along with compromises that may need to be made for cost-effectiveness – and how those compromises can be offset elsewhere.

The exhibition and feedback day is taking place at the council’s current offices at 135 Milton Park, Abingdon, OX14 4SB, from 7am-7pm. Council officers, Councillor Andrea Powell, and experts from Ridge will be in attendance to answer any questions.

The council announced in 2017 that it had extensively assessed all the available options and had concluded that returning to an energy efficient building at the Crowmarsh Gifford site, which they own, was the most cost-effective.

Anyone unable to attend on 13 February, which will include an opportunity to comment on the building design, will have a chance to view the images and leave feedback and show a preference for the name of the new council building via this survey. This will be available from 7am on the 13 February through to midnight on Sunday 16 February.

Notes to editors: You are invited to attend the event. There will be a press pack of images and video available from the Comms team by email or on 01235 422400.