You are here: Latest news / Fly-tipper caught thanks to litter-pickers’ social media appeal 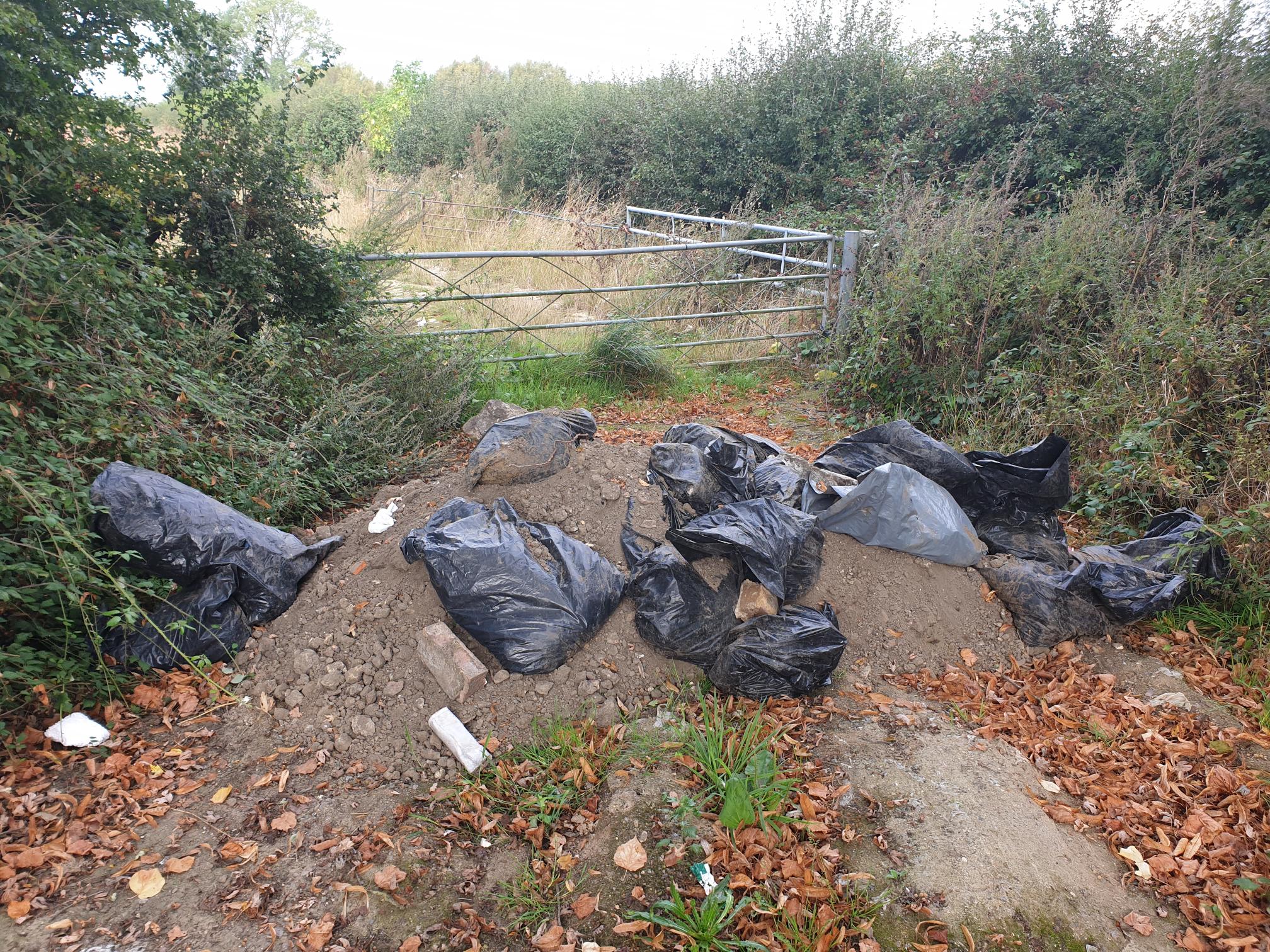 A man has been ordered to pay more than £1,300 after admitting responsibility for garden renovation waste which was fly-tipped near Thame.  He was caught after local litter pickers posted an appeal for information about the incident on social media.

Henry Quilter-Wood, 31, of Main Road, Lacey Green, Princes Risborough, appeared at Oxford Magistrates’ Court on Friday 12 August when he pleaded guilty to four duty of care charges under Section 34 of the Act of the Environmental Protection Act 1990.

Magistrates heard how, in September 2021, South Oxfordshire District Council had received a complaint from local litter picking group Thame Wombles about a fly-tip next to the A418 ring road, including a significant amount of soil and rubble.

The group had appealed for information about the fly-tip on their social media page and a local resident had come forward to say that she recognised the waste as coming from her property.  The resident confirmed that she had employed Mr Quilter-Wood to carry out renovation work in her garden, including removing any waste.  At the time he ran a business called Absolutely All Sorts and held a licence allowing him to transport waste.

Following the tip-off, the council’s Environment Officers interviewed Mr Quilter-Wood.  He confirmed that he had carried out the work but throughout the course of the investigation he maintained that the two people who were working with him had told him they’d taken the waste to the local recycling centre as instructed.  However, he did not have the required documents showing where the waste had gone and refused to give the names of the two individuals.  He therefore agreed to take responsibility for the fly-tipped waste.

Cllr Sue Cooper Cabinet Member for Environment, Climate Change and Nature Recovery, said: “Acts of fly-tipping are a real blight on the landscape and it’s especially disappointing when someone who has the correct licence allows it to happen.  If you are transporting waste, you must have proper measures in place, including a record of where it’s been taken, otherwise you are breaking the law and risk facing a penalty if it’s found fly-tipped.”

“This case is a great example of how residents sharing information about fly-tips can help us to identify those responsible.  We would encourage everyone to keep an eye out and to let us know as soon as possible if you spot a fly-tip or suspect someone is involved in dumping waste.”

To report a fly-tip or someone who maybe responsible, please visit southoxon.gov.uk/flytipping or call 03000 610610.

If you are having work carried out to your property, to find out how to stay legal if you pay someone to get rid of the rubbish, please visit southoxon.gov.uk/removingwaste.

Mr Quilter-Wood says he no longer operates Absolutely All Sorts.