You are here: Latest news / Cornerstone Arts Centre to open again to the public 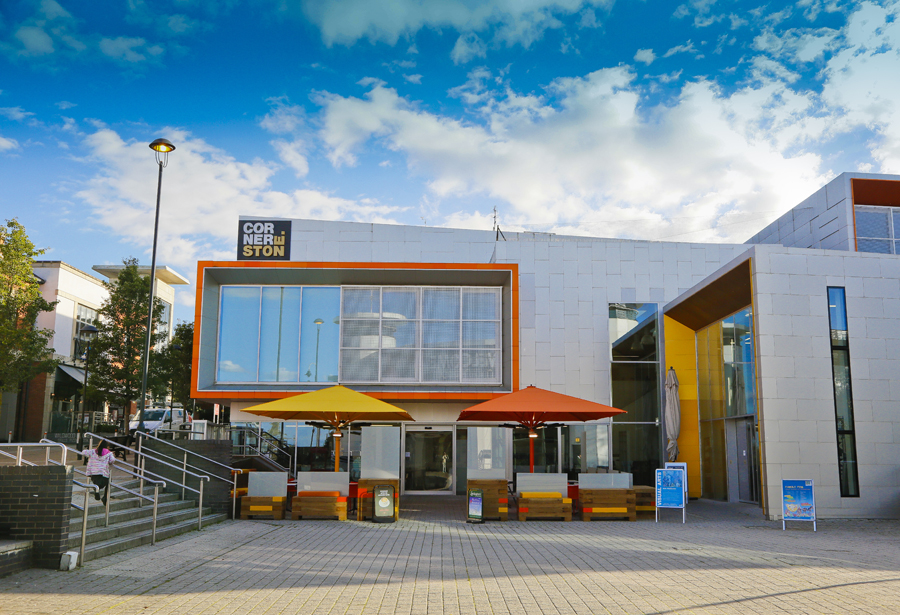 Cornerstone Arts Centre to open again to the public

South Oxfordshire District Council is delighted to announce that Cornerstone Arts Centre in Didcot will begin opening to the public again this month and is promising that a fantastic line-up will greet visitors when it’s fully reopened in September – a line-up that the public can help to influence.

The centre’s café bar Nourish will be the first part of the centre to reopen on 21 June with a brand-new menu of locally sourced baked goods and great coffee in a light, open and welcoming space for all the family to enjoy. The council aims to reopen the centre fully on 7 September.

The arts centre, owned and run by the district council, has been closed to the public since March 2020 as a result of the Covid-19 pandemic. It has been central to the council’s efforts to provide direct support to the most vulnerable members of communities across South Oxfordshire and the Vale. Thankfully, the need for that work is easing off now, so the district council has begun making plans to open the arts centre back up to the public.

Maggie Filipova-Rivers South Oxfordshire District Council Cabinet member for community wellbeing said: “We’re very excited to begin the process of reopening Cornerstone for the community to enjoy once again. The centre has played a vital role in supporting that community during the pandemic, and I hope lots of people will come down to enjoy the café later this month. We’re also excited about getting a new programme of performances and events up and running for the full re-opening in September, and we’d love to hear people’s ideas for things they’d like us to put on.”

As always, audiences can expect first class service and a diverse arts scene on their doorstep in Didcot from September. In the coming months Cornerstone will release a line-up of shows, concerts and events in its theatre, along with plans for its gallery, and returning classes for all ages within the coming months.

In the meantime, the council is calling on everyone who has used the centre in the past, and those that haven’t, to help plan that exciting new programme for the September re-opening. It has launched a public survey inviting everyone for their thoughts on what kind of events they would like to see at the centre and how they would like to use the centre in the future: survey.southandvale.gov.uk/s/CornerstoneArtsCentreSurvey